THE MISSION of the Littleton Business Chamber is to serve as a principal representative of businesses in its market area, contribute to its members’ success and prosperity, and promote the economic and civic interests of the community. 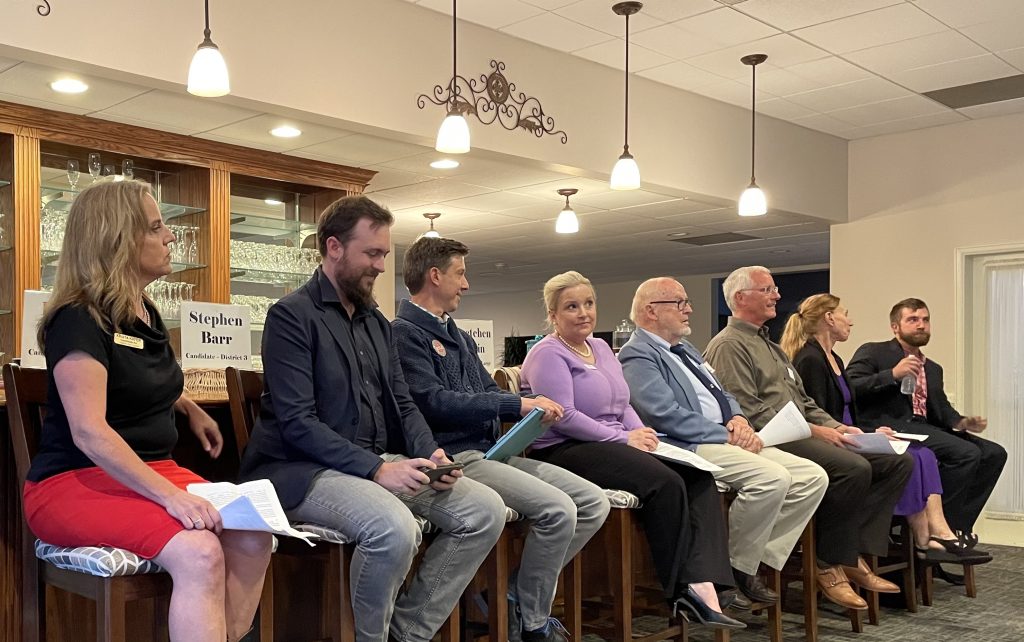 If you were unable to attend the Littleton Business Chamber 2021 Candidate Forum below are the questions and answers from each candidate that attended the forum.
District 1 Candidates:
Patrick Driscoll
District 3 Candidates:
Stephen Barr
Paul Bingham
At Large Candidates:
Krista Kafer
Gretchen Rydin
Mayor Candidates:
Jon Buck
Carol Fey
Kyle Schlachter
Registered voters in the City of Littleton will elect four council members on the general election date November 2, 2021. All are four-year terms.

As Littleton faces a growing population and increased tourism, and as it prepares to vote on what would be its first sales tax hike in nearly 50 years, candidates for city council in the upcoming fall election toed the line between development and preservation during an evening forum Wednesday.

Hosted by the Littleton Business Chamber, eight of the nine candidates appeared before a crowd of dozens of voters to talk about their vision for the city’s economic future.

“Four years ago, I ran on pro-business and pro-development,” said Patrick Driscoll, who is seeking re-election for his northwest Littleton seat in District 1. Candice Ferguson, his challenger, was the only candidate not in attendance.

Driscoll, along with other candidates, pitched building more residential homes, as well as mixed-use development for residences and businesses and revitalizing current underused spaces, such as the Aspen Grove shopping center.

Stephen Barr, candidate for southeast Littleton’s District 3, said he wants to create versions of downtown’s walkability and accessibility throughout the city as a way to further connect neighborhoods. Though he said some preservation is needed to keep the personality of Littleton intact, he also championed more economic growth in the form of more business presence.

“I love the small business community here,” Barr said. “We do need large businesses, too.”

Still, as candidates envisioned a growing Littleton, some also spoke of the need for conservation and warned that too much growth too fast could be detrimental.

Gretchen Rydin, candidate for councilmember at-large, said she will champion businesses’ choices to do what’s best for themselves.

“I’ve heard from several business leaders who have expressed their frustration with the many demands the city requires for changes to building structures and it’s not enforced equally, and I don’t think that’s fair,” said Rydin, whose father owned several small businesses when she was a child.

Her opponent, Krista Kafer, said she also knows the ins and outs of small businesses, having run her own since she was a teenager, and wants to see more emphasis on areas outside of just downtown. She, like all candidates, also said she supported more mixed development.

“I think let’s build, not build indiscriminately, but let’s build within our means and have a city that’s even more exciting than it is today,” she said.

But as candidates eye expansion, they also doubled down on the need for increased tax revenue to pay for vital infrastructure projects. With the city’s capital project fund expected to be completely dry by 2025, council members approved a 0.75% sales tax increase to be added to the November ballot in order to raise the much-needed revenue.

The Littleton Business Chamber had advocated for a 0.5% sales tax increase and asked candidates whether they would support dropping the sales tax to that number after its infrastructure needs have been met.

Carol Fey, candidate for mayor and a current councilmember, said while “nobody likes taxes,” the city has for too long deferred vital investments into its physical infrastructure and supports the 0.75% sales tax, dubbed 3A. But she didn’t shut the door on a possible drop in sales tax should those services be met.

“Sure, it’s fair to consider a sunset,” she said.

Mayoral candidate Jon Buck said an eventual drop from 0.75 to 0.5% could encourage the city to be more fiscally responsible with its budgeting and expenses in the future.

“City leadership has opportunities to take an honest look at the realities of the path Littleton is on,” he said. “Which is a path currently that will lead to decreases in mobility, safety and hometown enjoyment in the very near future if no drastic changes are made.”

Kyle Schlachter, who is also running for mayor against Buck and Fey, said if 3A doesn’t pass the city will be “in a world of hurt.” But he also said he was not opposed to dropping the sales tax in the future.

“It’s something I am open to,” he said. “I don’t know enough about it right now to determine how those revenues look, how the expenses come out and if or when they will be met.”

Note: This story was updated to correct the locations of two council districts.
https://littletonindependent.net/stories/littleton-council-candidates-talk-growth-development-at-forum,382745 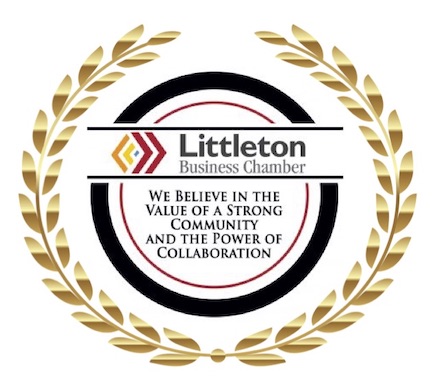 The Littleton Business Chamber is a dedicated group of successful local businesses and business leaders invested in the welfare of the City of Littleton with a desire to see the community thrive for generations to come. The Chamber desires to be a resource and a constructive voice for businesses and organizations large and small, within the City of Littleton.
Toggle the Widgetbar