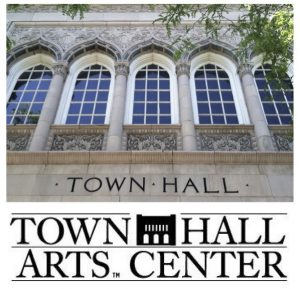 Littleton Town Hall Arts Center  – Designed by prominent Colorado architect Jacques Benedict and built in 1920 as a new center for civic activities, the building contained city offices, a community meeting room (where the theatre is located today), a jail out back (where the loading dock now is) and the volunteer fire department (the trucks were parked in what is the lobby, and the reason that lobby floor still slopes). By the late 1970s there was a new City Hall on Berry Street, and some visionary citizens began to ponder the fate of the old building in the center of Main Street. Through a lot of fund-raising and hard work, in 1983, it opened as a performing arts center and art gallery.

Littleton boasts to have some of the best events in the area!

– for over 90 years is dedicated to honoring the tradition of celebrating greater Littleton each August. The event runs for 10 days and offers something for everyone: fireworks, parades, BBQ’s, fishing derby, concerts, trivia, arts & crafts, book sales, gold panning, haunted mansion, historic tours, pancake breakfast, stick horse stampede, and more! In 1999, Western Welcome Week was honored and designated by the Library of Congress – The American Folklore Center as a Colorado Local Legacy.

The City of Littleton hosts the Littleton Twilight Criterium in early August. The circuit runs through the streets of downtown Littleton with races starting at 3:15 PM highlighted by the Pro and Elite racing under the lights. A beer garden, live music and kid zone create a festival atmosphere between races.  Spectators are encouraged to bring their bike and helmet to ride the course during the very popular Cruiser Ride which is free and open to all ages.

The Historic Downtown Littleton Merchants Association in addition to having a thriving downtown area with a variety of shops and restaurants, the association runs several unique events during the year to draw people to the downtown area: Mardi Gras, Block Party, End of Summer Sidewalk Sale, Zombie Crawl & Pig Roast, Pumpkin Poles, Goblin Give Out, and more!